18th Century, BC: the Code of King Hammurabi of Babylon codified the death penalty for 25 different crimes.
FACT: Murder was not one of them.

16th Century, B.C.: first death sentence historically recorded in Egypt.
The 7th Century BC: Draconian Code of Athens made death the penalty for every crime committed. Since then, draconian has come to refer to similarly unforgiving rules or laws.

399 BC: Greek philosopher Socrates was found guilty of “refusing to recognize the gods recognized by the state” and “corrupting the youth.” and was sentenced to drink poison.

29 A.D. Jesus was crucified outside of Jerusalem.

FACT: [You think Texas is tough?] Under Henry VIII of England, as many as 72,000 people were executed, mostly by hanging, the standard method of execution at the time.

#1: The first recorded execution in America took place in 1608, and was that of Captain George Kendall in the Jamestown colony of Virginia, who was convicted of treason.

1972: the Supreme Court effectively nullified the death penalty, and converted the death sentences of hundreds of death row inmates to life in prison.

1976: another Supreme Court ruling found capital punishment to be Constitutional.

Executions since 1976 by Method Used

Cost of the death penalty in California has totaled over $4 billion since 1978:

$186 million: Estimation of the extra costs to taxpayers in the state of Maryland alone, for death penalty cases prosecuted between 1978 and 1999. Based on the 5 executions carried out in the state, this translates to a cost of $37 million per execution.

California was spending $137 million per year on the death penalty, whereas they were reported to only spend $90 million annually in 1988. It was estimated that a system that sentenced the same inmates to a punishment of life without parole would cost only $11.5 million per year.

WOW: Since the number of executions in California has averaged less than one every two years since the death penalty was reinstated in 1977, the cost for each execution is over $250 million.

Sometimes the innocent are set free:

130: Since 1973, the number of people that have been released from death rows throughout the country due to evidence of their wrongful convictions.

Factors leading to wrongful convictions include:

What is the purpose of a death penalty (thoughts to ponder) 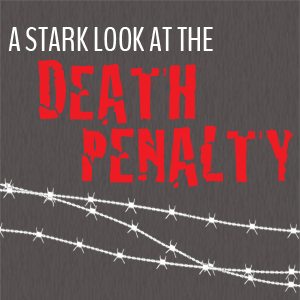