Looking Away From the Past 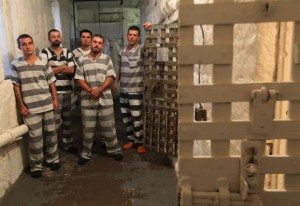 Present day techniques are much like a foreign country to the policies of the past. There is a profound sense of difference that is evident between modern day criminal justice systems and procedures, and those of the past. For this reason, it makes little sense to dwell on historical aspects, and instead learn about the modern day system and how it affects civil liberties and the lives of citizens living today. While an exploration of the past is interesting, and even necessary for the development of workable systems, there is often very little relevance to modern day tools, techniques and procedures. 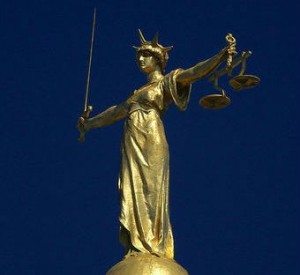 The criminal justice system involves several agencies and processed designed to control crime and impose penalties on people who violate laws. The system itself is not standardized throughout the United States; meaning, there are several different criminal justice systems that operate on a similar, but individual basis dependent on the area in charge of a jurisdiction. Each city, county, state, federal, tribal or military jurisdiction has slightly different rules, regulations and processes for controlling crime.

Components of the Criminal Justice System 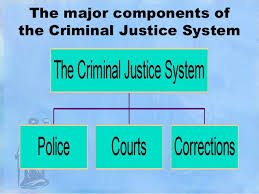 The criminal justice system in the United States consists of five main components — law enforcement, prosecution, defense, courts and corrections. Each component comes into play at a different stage of the process. Law enforcement officials work in the field to apprehend and bring criminals to justice, attorneys prosecute and defend criminals, courts hand down sentences, and correctional facilities are geared toward rehabilitating criminals and preparing them to be productive members of society.

An Overview of the Process 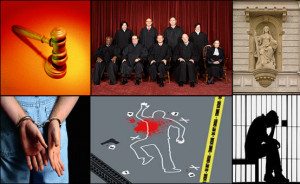 The criminal justice system starts with a report and ends post-trial events. The first stage of the process is where law enforcement officials respond to a crime and report information. This could be in the form of witness reports, victim reports or other parties that are privy to knowledge about the crime. Once a report is made, an investigation begins in an attempt to uncover any illegal activities and gather evidence. Contrary to most depictions of an investigation in television and movies, most criminal suspects have no idea they are the subject of an investigation. Once enough evidence is acquired to assure a conviction and arrest or citation is made.

After the initial entry into the criminal justice system occurs, the pretrial and prosecution takes affect. Charges are entered against the criminal. From there, a court appearance may occur. At the time of the first court appearance, a court assigns a bail or bond that the defendant must pay to get a release from jail. The bond is not a penalty, but a lump sum that must be paid to guarantee that the defendant won’t flee. It acts as security to guarantee that the defendant appears when a trial date is set. In some cases, there is no option for bail or bond. Next is a grand jury or preliminary hearing where the defendant presents their case to the court. The defendant is then brought before the judge for arraignment, in which the judge informs them of their rights and the charges against them.

Prosecutors may present the defendant with a plea bargain at this point, or the defendant may end up setting a trial date. If the defendant goes to trial, evidence is presented by both sides in an attempt to come to a final verdict on a case. After the trial, the courts hand down sentencing, and may offer probation or parole at the court’s discretion.