Those who grew up watching Perry Mason re-runs on television grew up understanding that not everyone arrested, charged and tried for crimes are necessarily guilty of the crimes they’re charged with. In fact, Mason’s courtroom nemesis Hamilton Berger has to hold the record for losing-est fictional prosecutor ever! He always charged the wrong person with the crime, and Perry Mason always managed to get the real culprit to dramatically confess on the witness stand. Usually with help from his good-looking PI sidekick Paul Drake.

Unfortunately, real life doesn’t much resemble carefully crafted murder mystery fiction, where the bad guys always trip up in the end and the good guys always go free. Nor are defense attorneys always dedicated (or even competent), or prosecutors always serving the cause of justice. A 23 year long study conducted by the University of Michigan Law School and the Center on Wrongful Convictions at Northwestern University School of Law, released in 2012, documented more than 2,000 cases of the miscarriage of justice during that time, while admitting there are likely many more that have slipped through the cracks.

The causes for these failures of the criminal justice system boil down to bad lawyering, crooked or incompetent forensic science, and witness misidentification (often mistaken identity) or just plain lies.

For example, the sad case of Randall Dale Adams highlighted issues of prosecutorial malfeasance and perjury during his original 1976 trial that got him sent to death row for the murder of a Dallas police officer during a routine traffic stop. Adams’ execution was stayed just three days before it was carried out when the Supreme Court determined procedural issues in the trial raised questions of reasonable doubt. Documentary filmmaker Errol Morris investigated the case while making the film The Thin Blue Line, and discovered new evidence of Adams’ innocence. Randall Adams was finally freed after twelve and a half years in prison in 1989.

Listed here are 10 outrageous cases of injustice. No one really knows how many there really are, but one estimate from the UM study puts the figure at 5% of all convictions. It could, the researchers admit, be higher. In several of these cases there are further aggravating factors of pure prejudice – antisemitism in the notorious Dreyfus Affair, and racism against African-Americans in others. Which would provide yet another avenue for the gross miscarriage of justice having to do with the jury rather than incompetence or fraud from forensics investigators, malfeasance of lawyers and prosecutors, mistaken eyewitness accounts or simple lies – perjury. 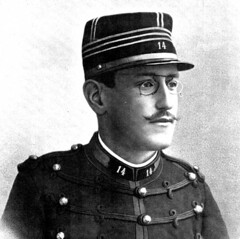 “The Dreyfus Affair” is one of the most infamous cases of miscarried justice in history. It was 1894, Alfred Dreyfus was a French soldier sent to the Devil’s Island penal colony as a traitor to his country. Captain Dreyfus was accused and convicted of giving information to the Germans, but two years later evidence surfaced that a different French soldier, Ferdinand Walsin Esterhazy, had actually done the dirty deed. Higher-ups in the French military kept the evidence suppressed until 1899, and it took seven more years until Dreyfus was finally exonerated in 1906. The French public was seriously divided about the entire affair, as it was the fact that Dreyfus was an Alsatian Jew that made him the target of antisemitic superiors anxious to ‘prove’ that Jews could not be considered patriots for the nations in which they lived. 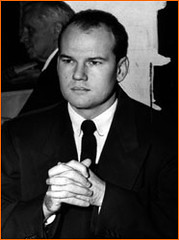 The wrongful conviction of Sam Sheppard, a successful osteopathic physician, for the 1954 murder of his pregnant wife Marilyn served as the inspiration for the fictional character of Richard Kimble in the television and film productions of The Fugitive. He was convicted in that same year despite evidence supporting his innocence, which had been ignored by police and investigators because it didn’t fit their theory of his guilt. After six years of appeals, Sheppard’s attorney William Corrigan died and F. Lee Bailey took over. Trial irregularities finally earned Sheppard a new trial in 1966, when he was finally acquitted of the murder. 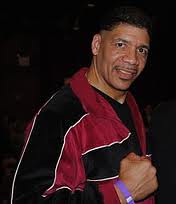 After 26 years in prison for the murder of a 92-year old woman, new evidence previously suppressed by prosecutors led to the release of amateur boxer Dewey Bozella. The Innocence Project got involved when Bozella had steadfastly proclaimed his innocence four times before the parole board, which denied parole because he refused to admit his crime. While imprisoned at the notorious Sing Sing prison in Ossining, New York, Bozella became the prison’s light heavyweight boxing champion. Following his release he still dreamed of having at least one professional bout, and in 2011 got his chance at the Staples Center in Los Angeles against Larry Hopkins. President Barack Obama called to wish him luck, and Bozella beat Hopkins by a 4-round unanimous decision. 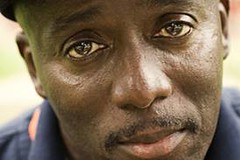 Police coaching of witnesses, false police reports and suppression of exonerating eyewitness descriptions got Darryl Burton convicted of a 1984 murder he didn’t commit and for which he spent 24 years in prison. Before the original trial an eyewitness was shown a picture of Burton and informed by the interrogator that it was the murderer. She responded that the person she saw commit the murder had much lighter skin, and stated “you have the wrong man.” Another eyewitness made the same observation, but the police officer taking the statement deliberately misstated the account to incriminate Burton, who was freed in 2008 for constitutional rights violations during the original trial. 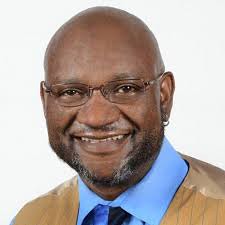 In 1984 Darryl Hunt was convicted of the rape and murder of a young newspaper editor in Winston-Salem North Carolina. There was no physical evidence to connect him with the crime, but witnesses falsely placed him at or near the scene and that was all the all-white jury needed to convict him on both counts. DNA testing in 1994 exonerated Hunt of the rape, but he remained imprisoned for the murder until 2003, when another man confessed to both the rape and murder, whose DNA did match the physical evidence. Hunt was cleared and released from prison in 2004 and went on to found The Darryl Hunt Project for Freedom and Justice and the Darryl Hunt Freedom Fighters. 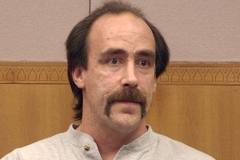 In 1987 a young girl was attacked and brutally raped in her home in Billings, Montana by an intruder who had broken in through a window. Police produced a sketch of the attacker based on her statements, and an officer familiar with Jimmy Ray Bromgard convinced himself that Bromgard was the rapist. He was tentatively identified by the victim in a lineup, adding “I am not too sure.” At trial the forensic expert hired by the prosecution fingered Bromgard via hair samples, despite the fact that there has never been a standard for statistically matching hair samples through microscopic examination. The only other evidence was a checkbook belonging to the victim found on the street where he lived. He was convicted through shoddy police work, fraudulent evidence and attorney incompetence, sentenced to 40 years. After fourteen and a half years in prison The Innocence Project arranged for DNA testing which proved his innocence. 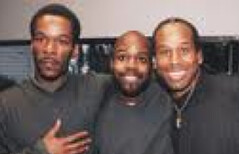 Named for the victim, Lori Roscetti, who was raped and murdered in Chicago in 1986, four teenagers were convicted of the crimes. Omar Saunders, 18, Marcellius Bradford, 17, Larry Ollins, 16, and his brother Calvin Ollins, 14. Bradford pled guilty via a coerced confession plea bargain and was sentenced to 12 years, while the other young men received life sentences. At trial the prosecution’s expert claimed DNA evidence could have come from the Ollins brothers, later examination of the expert’s notes by an independent DNA expert demonstrated that none of the young men’s blood types matched that evidence – and that was known at the time of the original trial. In 2001 all four were cleared by that DNA evidence. Saunders and the Ollins brothers were finally released after 15 years in prison.