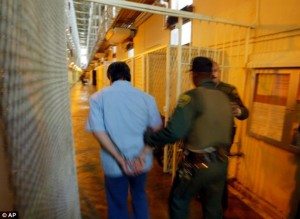 The costs of executing a death row inmate vary by state. In all states the cost of execution is considered very extravagant and usually climbs the scale into the millions of dollars. A lot of states simply cannot afford the death penalty. There are a couple of reasons that the costs of keeping an inmate on death row is so expensive.

Executing an inmate on death row costs considerably more than sending an inmate to prison for life or more without the possibility for parole. The reason for this is that the inmates on death row are guaranteed a long and very thorough judicial process by the Constitution. This is done so that the chances of executing an innocent inmate are minimized.

What actually ends up costing so much is the actual prosecution and defense of death row inmates over the course of their time in prison and on death row. Trials involving inmates that have been sentenced to the death penalty require very experienced and often expensive lawyers. Additionally, DNA testing is frequently used and is also very costly.

Another reason the execution of death row inmates costs so much is that some of the inmates spend decades waiting for the death penalty to be administered. This is because of the extended trial process involved and the length of the appeal process. They spend their entire stay on death row in special buildings separated from other prison populations. These special buildings require additional upkeep and more guards. In the long term, this costs states millions more a year than they would have paid had these inmates been sentenced to life imprisonment instead.

Examples of these extravagant death row expenditures are not hard to come by. For instance, in the State of North Carolina inmates on death row have cost the state over one billion dollars more than inmates not on death row since 1976. In Texas, one death penalty case costs the state about 2.3 million dollars. This is three times higher than what it would cost to imprison one inmate in the highest security prison cell available for 40 years.

All in all, states spend millions if not billions of dollars and huge chunks of their budgets on executing death row inmates. Certain states, such as New Jersey, have either banned the death penalty or are considering it because they just cannot afford the exceedingly increasing costs of housing death row inmates or the costs of their trials.