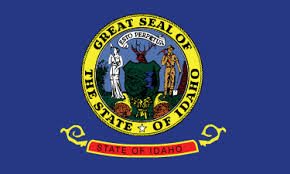 Idaho’s economy is a balanced mix of traditional industries and those industries emerging as new. While tourism is quite robust – with some of the greatest skiing in the continental US, but so are these Idaho industries that create a demand for criminal justice professionals-

Do I Have to Pursue an Idaho Career in Law Enforcement If I am Interested in a Criminal Justice Career?

The list that follows offers insight into the available criminal justice jobs available in Idaho not specifically explicitly involved with the field of law enforcement.

How is the Job Market in Idaho?

The job market for criminal justice jobs in Idaho is contingent upon the exact position of interest. The varying options are noted below.

The job market, as of May 2020, in Idaho, offers these criminal justice career options –

Which Cities Offer the Best Criminal Justice Jobs in Idaho?

Idaho’s largest cities include the following –

More than 1,100 protective service professionals were working in Coeur d’Alene in 2020 with a yearly median wage of $53,950.

In May 2020, nearly 1,400 protective service/criminal justice professionals were working in the Idaho Falls area, with a median yearly income of $56,580.

What Can I Do with a Security Degree?

JOBS IN LAW ENFORCEMENT OR AS A FEDERAL AGENT

HOW LONG WILL I HAVE TO GO TO SCHOOL FOR A CRIMINAL JUSTICE DEGREE?