A Guide to the World’s Most Beautiful Prisons: The Top 10

From California to Norway, from New Hampshire to Russia, the world boasts of an array of spectacular architecture from mystical places to prisons, which are not usually associated with beauty. Sometimes, mystery and power do go hand-in-hand, however, and these gorgeously strange and yet dark places can be a way to appreciate the beauty woven into the world itself, which is not perfect and which has the presence of uncomfortable energies like war or strife, the challenge of survival itself, which gets played out all the way down to the animal and plant kingdoms but which remind us, like the movie, “American Beauty,” that often there is so much beauty in the world. 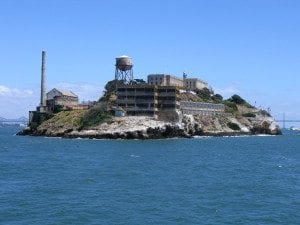 Alcatraz Island was a jail until 1963 and remains the most famous prison in the world, with San Francisco Bay serving as home. The jail is set on 22 acres of the 47-acre island, with mystery and romance being the themes of being sent into exile from the human world here, where stunning geographic views of water and sky may be comfort and relief from the idea that escape can come only through the justice system. Today, the jail operates as a National Park and offers daily tours as a sightseeing destination. 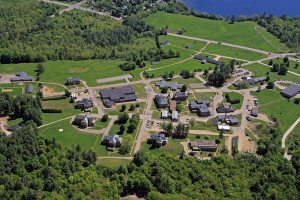 A functioning prison along Lake Winnisquam exists inside the small city of Laconia, NH, where a prestigious neighborhood borders an old State School, used to house, educate, and support the mentally challenged until 1991 when it became a state prison. Located on a hillside across the street from a small lake known as Lake Opechee, the state-operated minimum-facility prison offers an incredible view and runs adjacent to forested walking trails alongside a spectacular 16-mile lake. At its height, the prison housed 600 mentally challenged residents who used the walking trails and swimming areas that just against its borders. 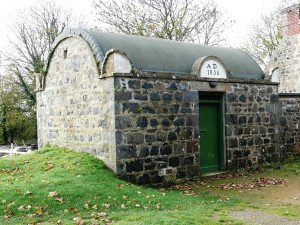 Sark Prison on Sark Island in Guernsey is known as the world’s smallest prison and, made of stone and without windows, is still operating for jailbirds to be held overnight or for brief stays, say for a drunken disorderly arrest. Waking up inside the monument-like atmosphere must be damp and dark, as ventilation is not the name of the game for this tiny postage stamp sized jail, surrounded by the vast sea. This juxtaposition of water, sky, and the island atmosphere make this an unusual but stunning location for this quaint 1856-era jail. 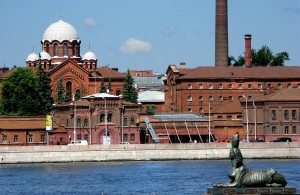 Located in St. Petersburg, Russia, this jail, which houses 10,000 prisoners, is announced to be closed soon, made over into a hotel complex, with an upscale edge because of overcrowding, but its architecture is more reminiscent of the Medici palaces in Florence, Italy, than a jail. Gorgeously constructed, it seems almost fairy-tale like from the outside. Inside, conditions are cramped, with the jail three times more occupied than it should be. Plans are to move the prisoners to a new St. Petersburg jail when construction is complete. 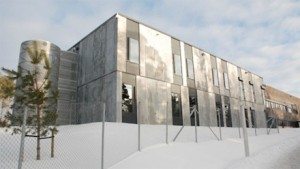 Modernized and listed as the most humane prison on earth, Norway is home to Halden, a facility that also aims to be humane and interesting. Of the facility, Time Magazine writes, “To ease the psychological burdens of imprisonment, the planners at Halden spent roughly $1 million on paintings, photography and light installations. According to a prison informational pamphlet, this mural by Norwegian graffiti artist Dolk “brings a touch of humor to a rather controlled space.” Officials hope the art — along with creative outlets like drawing classes and wood workshops — will give inmates “a sense of being taken seriously.” For photographs see the source of the above quote. The site continues that, “at Halden, rooms include en-suite bathrooms with ceramic tiles, mini-fridges and flat-screen TVs.” It is a high-security prison, however, despite the modern architecture, art, and television. 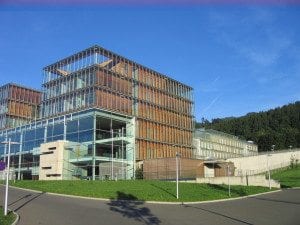 Located in Leoben, in Styria, Austria, you’ll find Justice Center Leoben. Since the philosophy is that jail itself is like a psychological nightmare, a mental prison without end, restricting your environment and possibilities in all of life, some like Halden [see above] and this jail in Austria are experimenting with tiny luxury spaces that are architecturally attractive with furniture that is real and modern, almost like IKEA. The idea is that prison itself creates psychological hell, so it would be interesting and worth studying the effects of making the insides of jails more tolerable. This Austrian jail houses minimum and moderate prisoners. 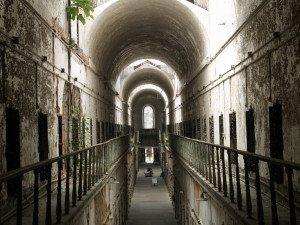 Long corridors and dynamic ceilings make for an industrial yet poignant setting for a prison that can be toured because of its architectural merit. At one time, about 75,000 people called the prison home. Now, the penitentiary is considered one of the most haunted prisons in the world, with reports of ghost sightings and other supernatural phenomena. Located in Philadelphia, Pennsylvania, also home to plenty of historical sight seeing from around the American Revolution. 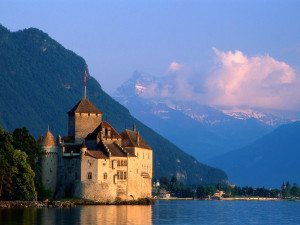 This castle in Switzerland, in the Lake Geneva area, has served many functions, with its dramatic face set against a stormy sky. Gorgeous architecturally, especially from a distance, this castle has served as a medieval fort, military enforcement station, and prison. It also has served as a private residence as well, serving summer needs and is set right amidst the Alps. This attraction even boasts a moat; a visit here is well worth it, but don’t forget the camera. 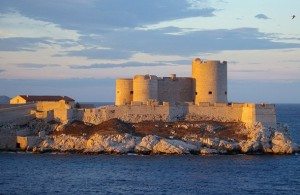 This stunning yet strange compound, with its silo-like buildings and historic value as it is cited as the setting for the writer, Alexandre Dumas’s, “The Count of Monte Cristo,” the only real way to visit or photograph this gem is via boat at the Vieux Port in Marseille, France. The island, itself, is named If, and the compound offers a striking testament to its past as a prison, which was extreme in terms of environment, with the winds kicking in off the ocean with rabid and vicious strengths and effects. Many held here historically did go insane.

Fremantle Prison, in Western Australia, ironically, once depended on the work of the prison camp to create limestone aquifers, which supplied the prison with a good water supply that later was sent locally abroad via ship. The aquifers now sit empty, ghosts of another time, manifesting as tunnels void of water. The prison took its first prisoners in 1860 and was open until 1991. Harsh conditions abounded, with solitary confinement cells, whipping posts, and gallows where executions were routinely held for the condemned.