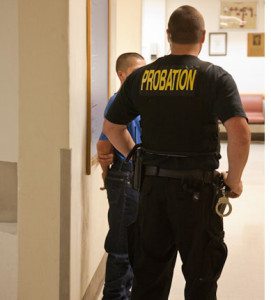 If you’ve gotten into some kind of trouble with the criminal justice system, you may have been put on probation.

What exactly is probation, though? While you can always discuss the guidelines of your specific probation with your probation officer, here are the basics of the sanction.

Probation is a sanction that’s been ordered by the court system. A person is put on probation when they’ve been found guilty of committing a crime. Probation lets a person stay in their community, so long as they’re being supervised by a probation officer. However, probation is not an option for every single offense – some offenders go to jail or prison without ever having the offer of probation on the table.

Probation conditions vary from person to person and case to case, and can include:

Why Would I Still Go to Jail if I’m On Probation?

There are two types of probation:

Sometimes, people hate being on probation so much that they would rather go to jail, do their time and be done with it. Since probation can last longer than jail time, this seems like a better option for some.

What Happens if I Don’t Follow the Rules of My Probation?

What is a Probation Officer’s Role?

Probation officers supervise and often meet with a person who’s on probation. Their job responsibilities include:

Oftentimes, probation officers don’t simply have to keep the offending person on track. They also have to handle a variety of problems, including drug and alcohol abuse, child abuse, mental illness, domestic violence and sexual abuse.