What Does the CIA do?
Established in 1947 with the National Security Act, the primary mission of the Central Intelligence Agency is to gather, analyze and communicate foreign intelligence to the president and top policy advisors, to assist them in making decisions on matters of national security. The CIA does not make policy, but collects information for those who do. The CIA may also undertake covert operations at the directive of the President, within permissible legal bounds. 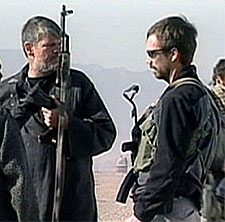 How many people work for the CIA and what is its budget?
At present, this information is classified. Made public for the first time in 1997 and 1998, the aggregate spending budget for all U.S. intelligence agencies, of which the CIA is just one part, was respectively 26.6 and 26.7 billion dollars. No additional figures have been released since the late 1990’s.

Who may qualify for CIA jobs?
The CIA employs highly qualified people from many fields of study. Scientists, engineers, computer experts, linguists, economists and researchers of every stamp work to gather information that may impact national security for presentation to policy makers. Employee selection is competitive and applicants are expected to be college graduates with a 3.0 grade point average and the ability to pass a polygraph test, medical examination and thorough background check. Typically employees must relocate to Washington D.C., though field operatives may often receive assignments that take them abroad.

Does the CIA spy on American citizens?
The CIA’s mission is to collect information on foreign intelligence and foreign counterintelligence, thus spying on the domestic activities of U.S. citizens is prohibited. If there is a reason to believe that a U.S. citizen is involved in espionage or terrorist activity on U.S. soil, senior approval is required for any investigation of that individual and may require the sanction of the Director of National Intelligence and Attorney General.

What is the CIA’s role in combating international terrorism?
The CIA collects, analyzes and disseminates intelligence in support of the overall U.S. government effort to combat terrorism. The CIA also shares information of this nature with friendly foreign governments.

Who decides when the CIA participates in covert actions and why?
Covert actions are considered when the NSC (National Security Council) advises the president that U.S. policy objectives are not being fully realized by diplomatic measures and military action is deemed too extreme an option. Only the president can order a covert operation but once such a decision has been made, the various oversight committees of Congress must be notified.

Does the CIA conduct assassinations?
Executive Order 12333 of 1981 prohibits the CIA from engaging directly or indirectly in assassinations, with internal safeguards and Congressional oversight in place to assure compliance.

Does the CIA participate in drug trafficking?
On the contrary, the CIA plays a crucial role in combating drug trafficking by supplying information to the Drug Enforcement Administration, State Department and Federal Bureau of Investigation.

Does the CIA act on its own initiative?
Internally, the Office of Inspector General oversees programs and operations. Externally, the CIA is answerable to The National Security Council, including the president, vice president, secretary of state and secretary of defense. In Congress, the Senate Select Committee on Intelligence and the House Permanent Select Committee on Intelligence, as well as other committees closely monitor CIA reporting, programs and activities.

Who is a spy?
A spy is someone who provides classified information about his or her country to another country.

What type of work do CIA employees do?
Specialists in politics, technology, the military, regional cultures and international economics conduct research and analyze data for the CIA. Overseas work includes writing intelligence reports and recruiting foreign agents who may be able to supply vital information on terrorist activities, weapons stockpiles and other elements that may pose a threat to U.S. national security.

Does one need a degree in Criminal Justice to work for the CIA?
A degree in criminal justice or a related field, is preferred, but not required for those seeking employment with the CIA. Investigative experience is necessary and for this reason, many applicants come from a background of law enforcement or homeland security. Because of the classified information CIA officers have access to, all applicants must have clean criminal records and be able to pass background checks.

Does the CIA offer opportunities to students seeking careers in criminal justice?
Intern programs and scholarship opportunities at the CIA are offered to high school students, college students and postgraduate students. Students in engineering, computer technology, mathematics, languages, military and foreign affairs, finance, logistics and many other hard sciences and technical fields of study may quality for internships with the CIA. Requirements for selection include: U.S. citizenship, a clean criminal record, ability to pass a background check and drug test, and between a 3.0 and 4.0 GPA. Applicants may learn more by visiting the CIA website.

Military Experience and CIA Jobs
Persons with prior military service may qualify for careers in the CIA. Such individuals may use the CIA website Job Fit Tool link to determine what positions may be available that fit their education, background, experience and interests.

Clandestine Service Jobs at the CIA
Clandestine service officers live and work overseas gathering intelligence on critical international developments, political movements, weaponry, espionage and terrorist conspiracies. Success in this type of work often depends on a high degree of intelligence, top analytical skills, discretion, fluency in foreign languages and a total commitment to the Agency. The work of human intelligence collection abroad involves challenges and risks that only the most responsible and dedicated individuals may be prepared to face and amounts to a way of life. Due to the undercover nature of clandestine operations, little external recognition is accorded operatives. However, officers abroad receive competitive pay, housing for their families and allowances for the education of their children.

Who runs the CIA?
The current Director of the CIA is John O. Brennan, who was appointed by President Obama and approved by the Senate in March 2013.

Has anyone famous worked for the CIA?
George H.W. Bush, 41st president of the United States, served as Director of the CIA in 1976.
CNN anchor Anderson Cooper interned for two summers at the CIA while attending Yale.