The FBI is a national investigative organization that operates throughout the United States. The FBI, or Federal Bureau of Investigation, is headquartered in Quantico, Virginia just outside of Washington, D.C. The “bureau” is an organization that does a number of domestic investigations that spy agencies and local police cannot do. Also, the FBI has resources that aid local law enforcement when needed. Each factor listed below will offer you a glimpse into what the FBI does and how it operates. 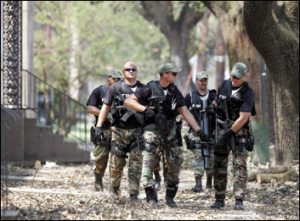 Regional Offices
The FBI houses agents in regional offices located in large and medium size cities throughout America. FBI agents work from offices in cities as large as New York City and as small as Juneau, Alaska.

The regional offices are there to support local law enforcement and support the greater area with federal investigative power. If you ever wanted to get in touch with the FBI, you could look up the local office in the largest city near you.

The FBI has one of the most sophisticated crime labs in the world, and they can send evidence for analysis to Quantico much more quickly than a local police agency can get the same evidence tested. The FBI also supports state investigative agencies. Every state has its own version of the FBI, and that state agency often turns to the FBI for assistance.

Finally, local law enforcement agencies call on the FBI immediately when they know they have a case that is too big for them. The local police are wise to contact the FBI when an investigation has just begun. The involvement of the FBI often forces thieves to make rash decisions, and the extra manpower can help to solve crimes quickly.

Divisions
The FBI operates a number of divisions that are designed to solve certain types of crime. There is a cyber crimes division, a division devoted to art theft and a host of other divisions that target specific crimes. The agents that work in these divisions become well-versed in the crime that they investigate. This training helps the FBI close major cases, and that same training is put to good use when the FBI is assisting other law enforcement agencies.

Domestic Jurisdiction
The FBI claims jurisdiction only on American soil. Cases must meet the requirements for federal jurisdiction, but FBI agents do not work on foreign soil. The FBI can investigate people who have left the country, but the FBI must pass on information to other investigative branches to handle the arrests of such criminals.

Training
The FBI trains all its agents at the headquarters in Quantico. The FBI academy is a competitive institution that only takes the most qualified applicants. People who have just graduated college with a degree in criminal justice, former police officers and even those who have graduated with advanced degrees attend the academy. FBI jobs can only be obtained through academy attendance.

Agents are trained in self defense, investigative tactics and procedure. Each FBI agent leaves the academy with an initial assignment and the ability to defend themselves. People may think of FBI agents as “supercops”, but FBI agents are merely police officers with more advanced training and federal jurisdiction.

Working for the FBI is just one of many criminal justice jobs available to you, but you should consider the FBI if you want to travel the country. FBI agents can work in many areas of the country, travel for their work and meet people from other walks of life. If you enjoy the idea of working in law enforcement, you should consider applying to the FBI academy and begin your adventure in federal law enforcement.