Perhaps best known for the hit TV show carrying its name, the Naval Criminal Investigative Services (NCIS) is a law enforcement team first established in 1966. With over 1,200 Special Agents maintaining a presence in over 40 countries worldwide, NCIS is a large, but relatively obscure, agency. Due to how little media coverage the NCIS gets, it’s easy to be left wondering: what do they do? Are its agents anything like the actors on TV? Is it like the other criminal justice jobs? 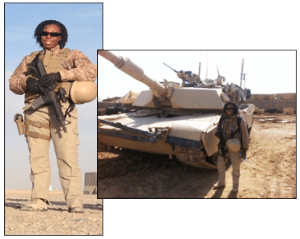 The Demographics
First, let’s learn a little about who an agent is. NCIS Special Agents are citizens who are 21 to 37 years old with a bachelor’s degree, preferably in a criminal justice related area. They are armed and have Top Secret security clearance, and they travel frequently, oftentimes abroad or aboard a ship. Wherever they’re stationed, their job is to prevent terrorism, protect secrets, and reduce crime. Interestingly, NCIS agents do not have an explicit specialty as in other criminal justice jobs; they are expected to manage a wide variety of cases with equal skill.

The Job
Now we’re in to the meat of things: what these agents actually do. Tasked with solving everything from violent crimes to espionage plots, NCIS agents bring their expertise to many different areas to help a broad array of law enforcement agencies. Since 2003, the NCIS has overseen 1,100 deployments of agents and analysts to extremist hot spots like Iraq, Afghanistan, the Horn of Africa, and many other locations explicitly to assist in combat and counterterrorism operations. There is an NCIS agent stationed on every air craft carrier and big-deck amphibious vessel that goes to sea. NCIS agents have also worked to investigate and prosecute Somali pirates, and were the first subbranch of the Department of Defense to work with the NATO Cyber Center of Excellence, where they train and train with foreign counterpart police forces. A fascinating aspect of the NCIS is that, unlike other military investigative services, many agents are civilians– this means they have increased freedom to operate in the civilian sector of criminal investigation and law enforcement. They may be specifically tasked with serving the Navy, but because of their global reach and technological prowess, the NCIS is often asked to assist on difficult investigations.

Oftentimes, it seems the TV show really does mirror real life. On the show, the agents have accomplished such feats as foiling terrorist plots, hunting down serial killers, unmasking agency moles, capturing arms dealers, and recovering prisoners of war. As it turns out, NCIS agents have jurisdiction over many such cases, as long as it connects directly to the Department of the Navy. With outside law enforcement agencies, the NCIS will collaborate on a case if it affects the DoN; typically, these are cases involving personnel overseas, where local investigative authorities will have primary jurisdiction. Inside the military, the NCIS investigates major criminal offenses– anything felony-level. This includes anything from aggravated assault to murder, arson, drug-related offenses, and counter-intelligence. The crimes investigated on the show may seem sensational and over the top, but in fact, a few episodes of the show were based off of real cases handled by the NCIS.

The Misconceptions
There are, however, still differences between the TV show NCIS and actual agents. When discussing his job with Smithsonian Magazine, NCIS division chief of forensics Lou Eliopulos had this to say on the most radical difference between the dramatized NCIS and real life: “For me, it’s having everything readily available… It’s a little bit more work involved. We are not really permitted to tap into the CIA databases and other databases like that to obtain information.”
Meanwhile, special agent David Lobb thinks the most notable change is something much more mundane: “The biggest eye-opener is how much writing you do. For all the fun stuff you see on TV and for all the fun stuff you get to do in the field, there’s paperwork and other things that go with that, which is an important part of documenting your cases and seeing them through to prosecution.”

NCIS communications director MaryAnn Cummings holds a completely different view. The only real difference between the show and real life in her opinion? The NCIS does not actually have their own coroner on staff.

For the most part, it seems the TV show NCIS makes a reasonable effort at portraying the reality of actual NCIS jobs. It may not be quite so on the go, but overall, working with the NCIS is a challenging yet exciting pursuit. If you want to know more, there’s a bevy of information available at the NCIS’ website– or just flip on the TV.