In 2013, defense contractor Edward Snowden released a treasure trove of confidential documents that revealed the shadowy National Security Agency’s (NSA) far-reaching surveillance program that most controversially subverted domestic American law and authorized warrantless wiretaps on American citizens. Following Snowden’s now-famous revelation, the nation was left to sift to the gargantuan amount of unsorted data unceremoniously dumped into the public domain and discover that the US government was using individual’s cell phones to track their movements, illegally reading their e-mail, and that NSA employees were casually sharing intercepted data that was sexually explicit. While nearly every American cannot help but feel violated by these revelations, the truth remains that the NSA is no stranger to bending the rules, or blatantly violating the Constitution, and understanding the organization and the 60 year history of the NSA with help place these current events into the proper context. 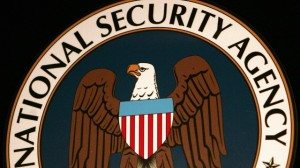 Origins
The NSA was preceded by various rudimentary organizations that were meant to intercept and decode encrypted enemy messages. There was the MI-8 which existed from 1917 to 1929 which was eventually shut down to its controversial practices, namely a partnership with Western Union that allowed the MI-8 unfettered access to personal messages. Then came the Signal Security Agency (SSA) during World War II that again was designed to intercept and decipher Nazi codes and the SSA eventually evolved into the NSA by way of the monumental National Security Act of 1947. Following World War II, it became evident that the United States military and intelligence community had grown so large that the various branches of the military needed to be reformed under a unified Department of Defense with a council of leaders called the Joint Chiefs of Staff. The actual process was much more lengthy and complicated than just the passage of the act itself, but for the sake of brevity, all one truly needs to know is that the NSA was officially created in 1952 by Harry Truman when he saw the need for a highly trained communications intelligence agency. The NSA was incorporated into the new Department of Defense and was organized in order to maximize its ability to operate with fairly minimal oversight as the NSA was never formally acknowledged as existing until years after its establishment.

The NSA Hall of Fame
Following its formal founding in 1952, the NSA went on to be at the center of many very public controversies, namely its role in the Gulf of Tonkin Incident which arguably started the Vietnam War. For those unfamiliar with the Gulf of Tonkin Incident, it was basically where the United States really wanted to invade North Vietnam to stop the spread of Communism but didn’t have any justifiable reason to put troops on the ground. To speed things along, the US began to run naval military exercises in the Gulf of Tonkin in Vietnam and were secretly helping the South Vietnamese military battle the North Vietnamese. As expected, there was a fairly lopsided clash between a US destroyer, the USS Maddox, and a few North Vietnamese patrol boats. Shortly after the first skirmish, a second skirmish broke out with American ships allegedly defending themselves against another North Vietnamese offensive but there remain doubts as there was never any evidence of a second battle. Nonetheless, the NSA confirmed the second attack as authentic which gave President Lyndon B. Johnson all the reasons he needed to pass the Gulf of Tonkin Resolution which dramatically increased American involvement in Indochina.

Aside from providing misleading information that would ultimately lead to one of the biggest military disasters in American history, the NSA has been revealed to have been running illegal surveillance on Martin Luther King, Muhammad Ali, Jane Fonda, and generally anyone who was feared to have ties to groups considered threats to American safety. Despite its history of sticking its nose where it doesn’t belong, the NSA really outdid itself after the September 11th attacks when it found itself at odds with oversight committees and US courts of law over whether or not its methods were legal. Interestingly enough, US courts have been striking down NSA measures and order procedural changes following internal investigations and several NSA employees coming forward to report gross violations of domestic surveillance laws.

The Reach of the NSA
As many have noticed, interpersonal communications have become much more advanced in the last 60 years and the NSA has developed the means to keep tabs on an extraordinary amount of people, as revealed by Edward Snowden. According to Snowden’s leaks, the NSA has unrestricted access to every e-mail account through Google, Yahoo, Microsoft, AOL, Facebook, and many others as well as a database of billions of private phone calls. The NSA needs over 30,000 direct employees and contractors to keep up its colossal monitoring operation and it is one of the top destinations for those in the criminal justice field as even Snowden reported a salary of around $200,000 a year during his time consulting with the NSA. It is estimated that the NSA has kept tabs on over 1 billion people worldwide.

The Future of the NSA
While one could go on and on about the supposed transgressions of the NSA, there is validity to the argument that it is a necessary evil in order to protect the sovereignty of the United States. Every day new stories are being released regarding NSA actions and while Snowden’s mass leak seriously altered how they will continue to do business, the NSA will continue to sift through the endless amount of meaningless communication in hopes that they find what they need to stop an attack on the United States. As of now there are activists who call for more oversight for the NSA and while they are being appeased to a certain degree, its duties are essential to the American intelligence community and it will likely remain a indispensable part of the Department of Defense for decades to come.