The TSA improves public safety when traveling through major transportation areas like airports. Many of the major airports maintain a TSA presence or are served by private agencies that operate as contractors for the agencies. Americans have had to undergo significant changes in their travel habits and have seen the whole field of criminal justice change since 2001 terrorist activities. 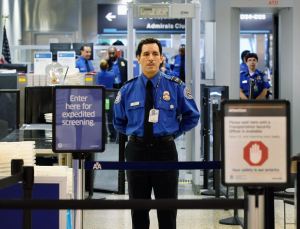 What does the TSA do?
The TSA is a division of the Department of Homeland Security. Founded in 2001 as a response to terrorism, the entity is responsible for handling traveler screening for all of passengers. The agency and tsa jobs were created under the Aviation and Transportation Security Act. The TSA’s role is to communicate policies to travelers and assist in improving airport security among travelers. A large part of its efforts centers on recruiting and hiring to fill tsa jobs as the agency continues to expand.

A closer look at the TSA
The organization develops policies to protect passengers and implement security measures aimed at minimizing terrorist threats. The TSA manages security policies for railroads, buses, pipelines, ports, mass transit systems and highways. In transportation hubs, the TSA screens baggage and travelers at most of the major airports in the United States. It oversees contracts that are held by private screening firms who serve in a similar capacity.

Individual responsibilities
Behavior detection officers serve in criminal justice jobs and carry out the security protocol established under the Screening of Passengers by Observation Technique policy. These professionals are trained to observe behaviors that may help identify people who may pose a threat to travelers. This is the most visible extension of the agency. Individuals are made to go through major security checkpoints to detect potential threats. Behavioral detection officers are required to complete additional screening if determined to be a threat. Imaging technology is used by these professional to conduct thorough screening for travelers.

Recent changes with the TSA in serving the public
The TSA has recently started to serve the public in another arena. No longer limited to serving in major airports, the TSA now serves other areas. These agents will now serve in criminal justice jobs and be active in providing security in music and sports events. The agency will also have an increased presence in commuter trains and Amtrak stations. Highway weigh stations will also be patrolled by the TSA agents as a part of the criminal justice efforts.

Other initiatives
The agency recently implemented a more streamlined security protocol for travelers. The agency enrolls participants and those who qualify are able to avoid the more involved process. The TSA Pre program is tailored to better serve the needs of the public by creating enhanced profiles based on intelligence and data driven metrics to gauge the level of threat for travelers. The program will allow travelers to move more quickly through security checkpoints at airports without having to undergo the cumbersome screening process.

In recent years, the agency has come under scrutiny as some began to question the efficacy of the agency in actually preventing and detecting threats. Other critics question whether or not an agency infringes on the rights of citizens. The agency’s primary function is to make the traveling experience safe for passengers by identifying and eliminating common security threats in major transportation hubs.